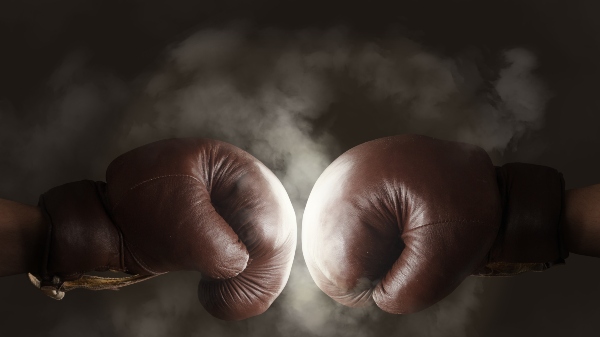 Serving civil process is often too exciting and is perpetually, non-stop OJT (on the job training).

I received papers to serve on the heavyweight boxer, Pedro Lovell, often referred to as "KO King," "The LA Bomber," "The Jawbreaker," and "One Punch."  He also appeared as Spider Rico, in the movies, Rocky and Rocky Balboa.

Lovell was to fight the unbeaten Leroy Jones at the San Diego Sports Arena the following week. Fortunately, my wife worked at the Sports Arena, and her friend was head of security, who agreed to give me access through the loading dock.

On the day of the fight, I found the Arena packed with thousands of cheering boxing fans.  I stood at the back of the crowd intending to serve Pedro as he approached or climbed into the ring, but after hearing the announcer give Lovell and Brown's stellar boxing history, I decided to watch the bout and serve him when the fight ended.

It was a fantastic fight, both gave it their all, but Pedro landed more punches, and, when it ended, I was sure that he won the 10-round battle.  Pedro danced around the ring in the joyous fashion of Muhammad Ali, while Brown slowly walked to his corner with his head down, looking dejected like he knew he lost the fight.

It took a long time for the decision to be made; then, the announcer climbed into the ring, called the two to the center, and took hold of each of their wrists.  The audience was chanting, "Pedro, Pedro, Pedro."

Then, to everyone's surprise, the announcer lifted both of their hands in the air and announced the fight a "Draw."  Everyone in the audience responded with a loud gasp, stood up, and furiously booed, swearing at the judges.  Lovell exploded in a fury, ran over to the judges, and started yelling at them along with the crowd.  He stomped furiously around the ropes, declaring that he won, then angrily exited the ring and went to his dressing room, yelling and swearing.

You can imagine what I was saying to myself, "Dummy, you should have served him before the fight!" (An OJT moment.)

Reluctantly, I headed to his locker room.  Animated to the extreme, he was waving his arms and screaming at his trainer and manager as I walked in.

There was a waist-high, long stainless-steel table between Pedro and me.  He shouted at me, "What do you want?" (Oh, Crap! Here goes!)
I said, "Mr. Lovell, I have a summons for you."

He screamed threats and profanity, and if he could leap over the table, he would have.   I was thankful the table was long because it gave me that distance to get a head start on him as he charged around it and chased me out of the locker room and into the basement auditorium.

I've always been a fast runner, and I said to myself, "legs, don't fail me now." I ran like the wind around the audience, through the maze of pillars, chairs, and people, heading for the loading dock exit.

Pedro, thankfully, wasn't faster than me, but he was on my butt, just a few steps behind the entire way.  I was wearing wingtip shoes with leather soles (I always wore a coat and tie), and was slipping at every turn on the concrete floor, which gave Pedro the advantage, running in his rubber sole boxing shoes. Still, I was motivated by the fear of getting my ass kicked by a heavyweight professional boxer.  To him, I was the bad-guy, process server; to me, it was a life and death situation.

Three security guards were standing at the loading dock. As I tried to run past them, the lead guard jumped in front of me and stopped me. I turned just as Pedro was about to jump me, but the other two guards grabbed him just a few feet away.  They held him as he wrestled to get loose and tried desperately to kick me numerous times. (He would have been a great UFC fighter.)

I explained to the guards that I had just served Pedro with legal documents.  They released me and ordered me to leave quickly while restraining Pedro as he continued trying to break free, swearing non-stop.

As I said at the start, process serving is perpetually on-the-job training.  Lesson learned - never, ever wait until the fight is over. 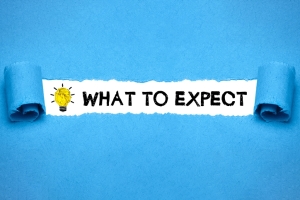 What should I expect from my process server?

February 1 2023
Navigating the legal world is a challenge, but finding an experienced, reliable, and knowledgeable process server shouldn’t be. Here at Same Day Process, we treat each client as our only client and go above and beyond to assure each case is...
Read More... 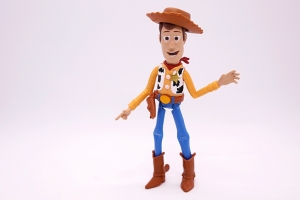 Should I use a Sheriff or a Process Server to serve my legal documents?

November 11 2022
Let's begin the blog with a history lesson on process servers vs. public employees. Over seventy years ago, Sheriffs, Marshalls, or Constables were the only persons authorized to serve legal documents, and today a few states still have...
Read More... 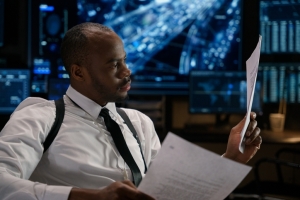 The Benefits of Hiring a Private Investigator

January 20 2022
Originally posted on 07/05/2016 We all want more info in life, but sometimes that information is hard to come by. A private investigator can help to uncover important information including a search for a person's whereabouts. Private...
Read More... 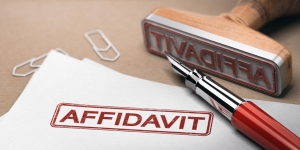 How to Prepare and File a Proof of Service and Affidavit

December 23 2021
Originally posted on 05/05/2016 Understanding the process of how to file papers can be confusing. Laws differ from state to state, which can lead to confusion, however, some policies and procedures for preparing and filing proof of service...
Read More... 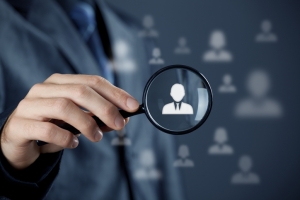 What Happens If a Process Server Cannot Locate a Target?

November 18 2021
Originally posted on 12/11/2015 Process service is a legal procedure where one party of a lawsuit gives notice of legal action to the other, thereby allowing them the necessary time to respond. It’s an important step, and a lawsuit...
Read More... 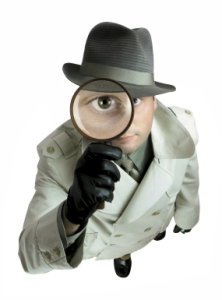 What Is Skip Tracing?

October 21 2021
Originally posted on 09/10/2015 Sometimes finding someone is the biggest issue with having them do something! Process servers help deliver the legal documents that make the legal system operate. This system would not run nearly as...
Read More...

Which Industries Most Often Use Process Servers?

September 23 2021
Originally posted on 10/19/2015 At Same Day Process Service, our clients come from a variety of industries. With a combined 60 years of experience, every skilled process server we work with has successfully served individuals for...
Read More...

How Is Skip Tracing Performed?

August 19 2021
Originally posted on 12/21/2015 What do you do when you can't find something or someone? Do you call around? Maybe you check the place where you saw that object or person last. How does this search become more intense when you have...
Read More...

Do I Need to Hire a Process Server?

July 22 2021
Originally posted on 03/01/2016 Legal matters experience a better outcome through the hiring of a professional process server. Additionally, you’ll experience less frustration as well as time savings. Check out the reasons why you...
Read More...

What Types of Technology Do Process Servers Use to Find Targets?

June 17 2021
Originally posted on 12/21/2015 The process serving industry is constantly evolving. To meet the demands of this industry, a process server must employ the latest technologies and innovative methods. Some people are bound and determined to...
Read More...

How Are Legal Documents Authenticated?

May 20 2021
Originally posted on 04/04/2016 While a signature may be authenticated by someone who has reasonable familiarity with a subject's writing, the majority of legal documents require more than a simple statement stating that they are...
Read More...

How to Choose the Best Process Server

April 22 2021
Originally posted on 07/13/2015 Imagine that you want to take action against someone else in court, but you can't notify them because you can't find them. But since the law says that you must notify them, what can...
Read More...

September 2, 2022
Ever wonder what does a process server wear? Do process servers really wear disguises on stakeouts? Read all about it in this blog post!
Read More...

October 15 2020
Original Post: 07/31/2017 If you are looking to sue someone, divorce them, obtain child support, or many other legal issues, you may attempt to have the papers served to them. A process server can be hired to track them down and serve the...
Read More...
Page: 12345 - All